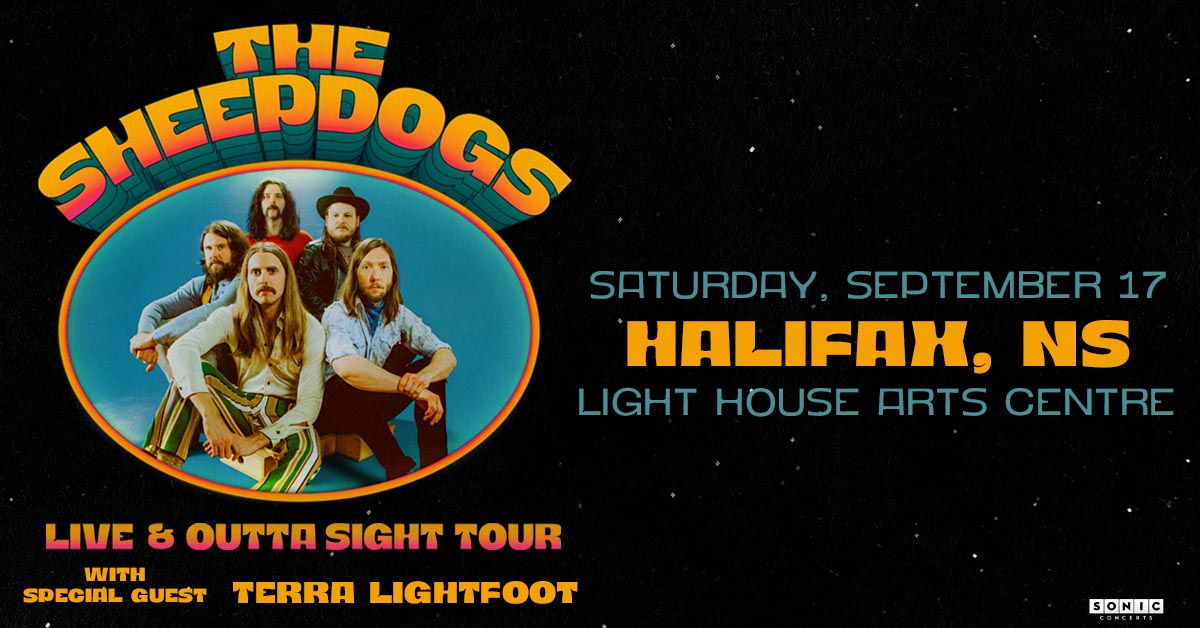 Following their sold-out slate of shows in the UK earlier this year, The Sheepdogs are bringing rock ‘n’ roll back home with dates that will take the band across Canada for a crowd-pleasing homecoming. It marks their first full-scale headline tour since the 2018 Changing Colours Tour. The 20+ Canadian dates are just a part of the band’s ambitious 2022 tour plans, which will take the blue-collar rockers across Europe and North America, with over 75 dates, and more to be announced.The Sheepdogs released their hooky, hard-driving single “Find The Truth,” earlier this year, from the upcoming album, Outta Sight (available June 3 via Warner Music Canada). The single showcases the Canadian rockers’ signature harmonies over a rugged tune. The new music from The Sheepdogs was created by the band as a response to the isolation and uncertainty of the pandemic. The group, usually forced to carefully fit recording time into small sessions between tours did what came naturally to them: getting together and jamming. Their songs are designed to straight-up appeal to your senses. The tunes make you nod your head. But the artistry beneath the stadium riffs—the harmonies, the multiple guitar parts, the groove behind a rhythm section that hangs out together when they’re not on the clock—is battle-honed and spit-shined.Pre-order + pre-save Outta Sight

Hailing from Saskatoon, The Sheepdogs are one of Canada’s most successful bands amassing a legion of fans worldwide with their rich harmonies, rounded guitar tones and classic rock influenced sound. The band have scored ten Top 20’s, with six of those Top 5’s and three singles taking the #1 spot on Canadian Rock radio including, “Hole Where My Heart Should Be” from their 2018 studio LP Changing Colours. Their previous single “Rock and Roll (Ain’t No Simple Thing)” spent over 20 weeks in the top 10 at Canadian Rock Radio. Hit singles “I Don’t Know” and “Feeling Good” both reached Platinum certification, with “The Way It Is” achieving Gold sales. Additionally, the albums Learn & Burn and The Sheepdogs both achieved Platinum status and to date the band has been nominated for 10 Juno awards, winning four of the coveted trophies including Breakthrough Group (2012) and Rock Album of the Year. The band were the first to be selected as the Record Store Day Canada Ambassadors in 2018 and have sold out shows from coast to coast and around the world.

Tickets are $49.57 in advance and $54.70 day of show (including tax and service fee) and will be available online at sonicconcerts.com. This show is restricted to ages 19+, valid ID is required. Purchases are limited to 4 tickets per person. Doors open at 7 p.m. Show time is 8 p.m.