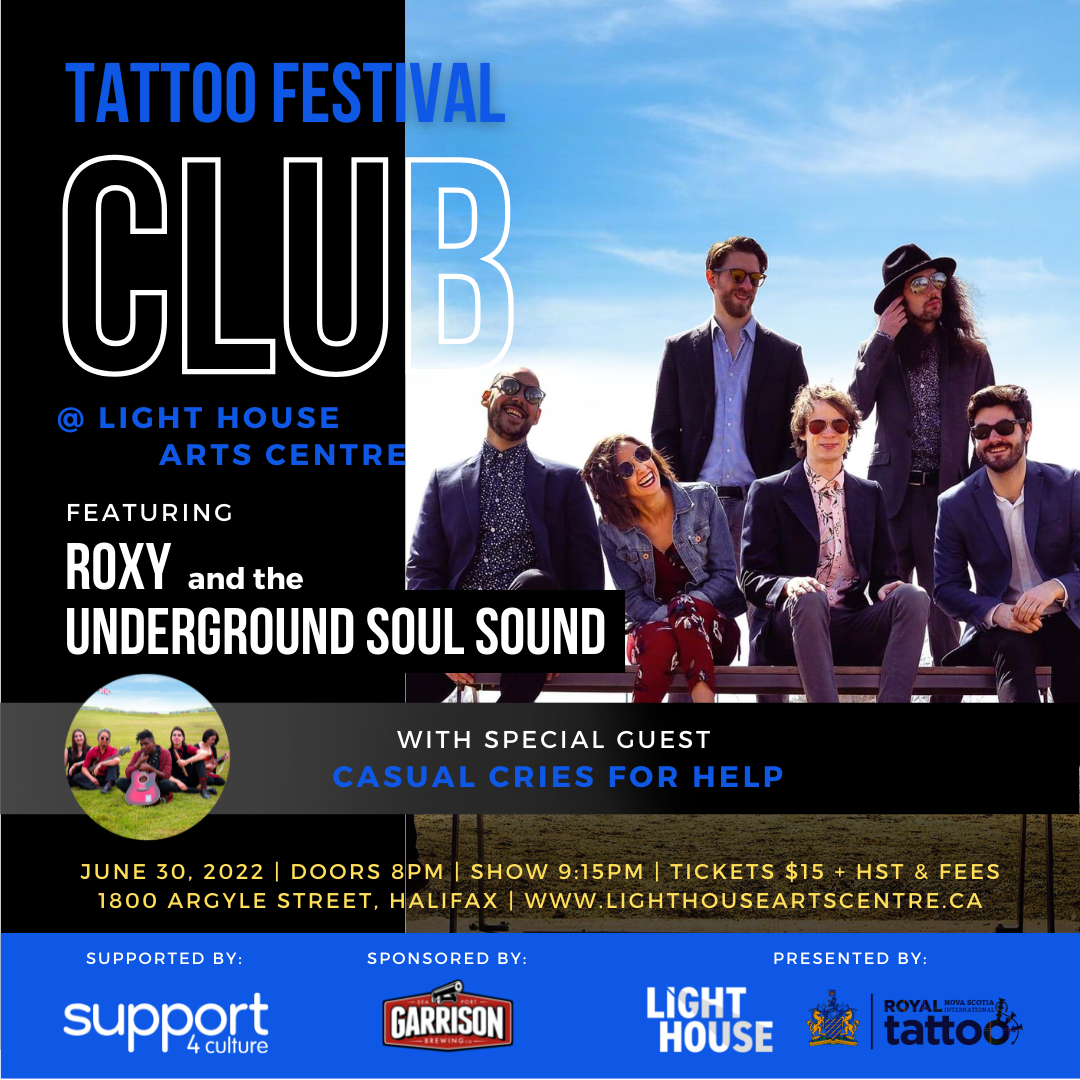 Roxy and the underground soul sound are a 6 piece soul-funk band from Halifax, Nova Scotia. They take the sounds of yesterday and meld them with the issues of today. They  aim to keep the great soul tradition alive of writing songs that are aimed to make you think while you get down like there’s no tomorrow. The group have been bringing their energetic, tight, and  explosive live set to the Eastern Canadian stage for the last 10 years. With the 5-foot firecracker of funk, Roxy, Front and centre the boys in the band lay down a heavy groove that conjures up classic sounds like James Brown, Etta James and Sly Stone while keeping things fresh by drawing on modern styles such as D’angelo’s Neo Soul and Hip-Hop. Having opened for some of the biggest names in the genres history, including Chaka Khan, the band looks to crave its place in the world of soul and funk and will have screaming for more!

Once upon a time, four\ misfit musicians decided to get together and jam live onstage. Since then, they decided to form a killer sounding band of catchy melodies, crazy mashups, and never-ending good times. This is their story so far…